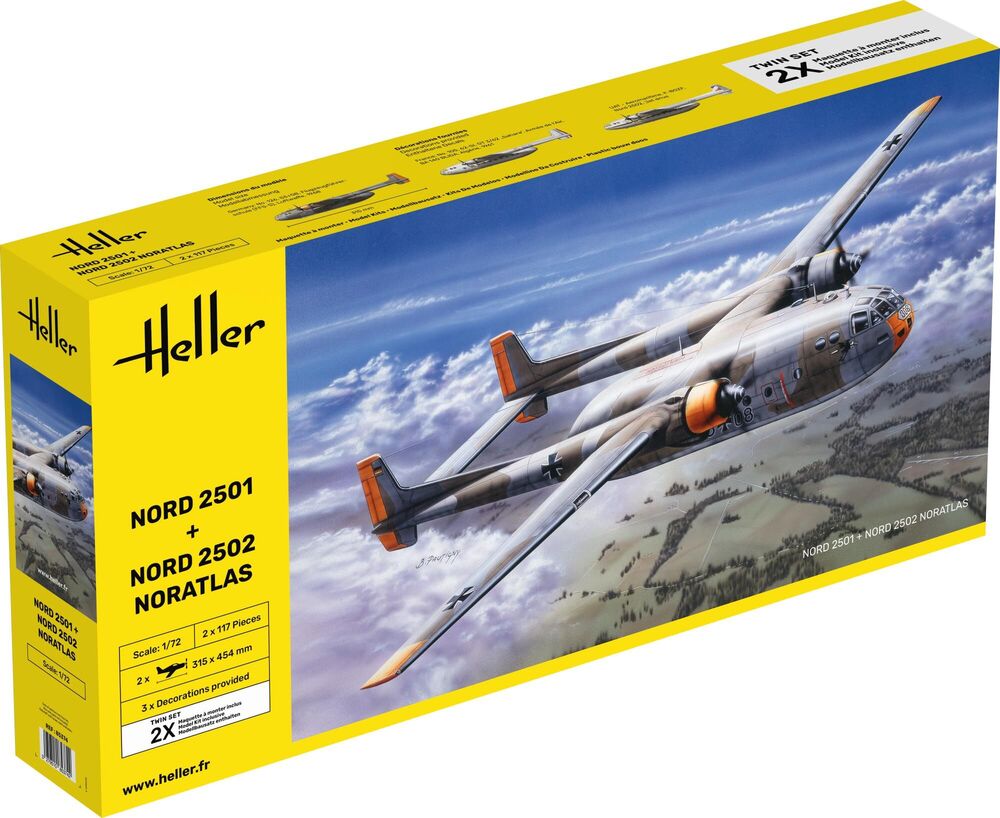 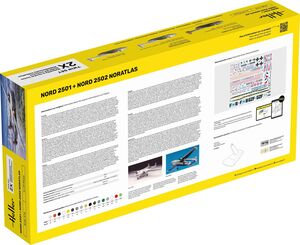 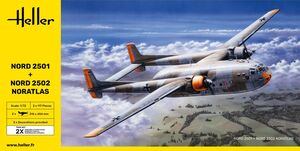 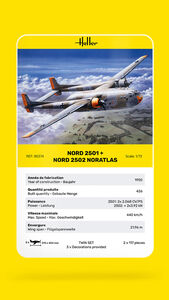 
The Noratlas, which for many years was the linchpin of French military transport, was launched in 1947, in response to a request from the French Air Force to replace its C-47 „Dakota“ and Ju-52. Its design was entirely focused on ease of loading in the hold. In 1950, the official services adopted the project then known as Nord 2500, whose double-beam design with a cargo hold opening by two removable shells allowed the carriage of large loads, unlike its predecessors equipped with a side door. The first Nord 2500 prototype, powered by two 1600 HP SNECMA 14Rs, took to the air on 10 September 1949. As this engine was considered insufficient, the 2000 HP SNECMA/Bristol Hercules engine was preferred, giving birth to the Nord 2501 „Noratlas“, of which 4 prototypes flew shortly afterwards. Series production of the Noratlas began in 1952 in France, then in Germany after this country acquired the manufacturing licence to equip the Luftwaffe. A total of 426 copies of all versions were assembled in France (239) and Germany (187). The Air Force used Noratlas from 1953. The first planes were christened in Indochina the following year. The last „grey“, the aircraft‘s affectionate nickname given to it by the crews, were reformed in October 1989, after 35 years of good and loyal service, leaving the C-160 „Transall“ in its place for good. The career of the Luftwaffe Noratlas was shorter, and ended in 1971, after the C-160 „Transall“ had fully equipped the three transport squadrons. In its Nord 2502 version, the Noratlas was fitted with two Marboré engines at the wingtips, giving it extra power for take-off in hot countries.