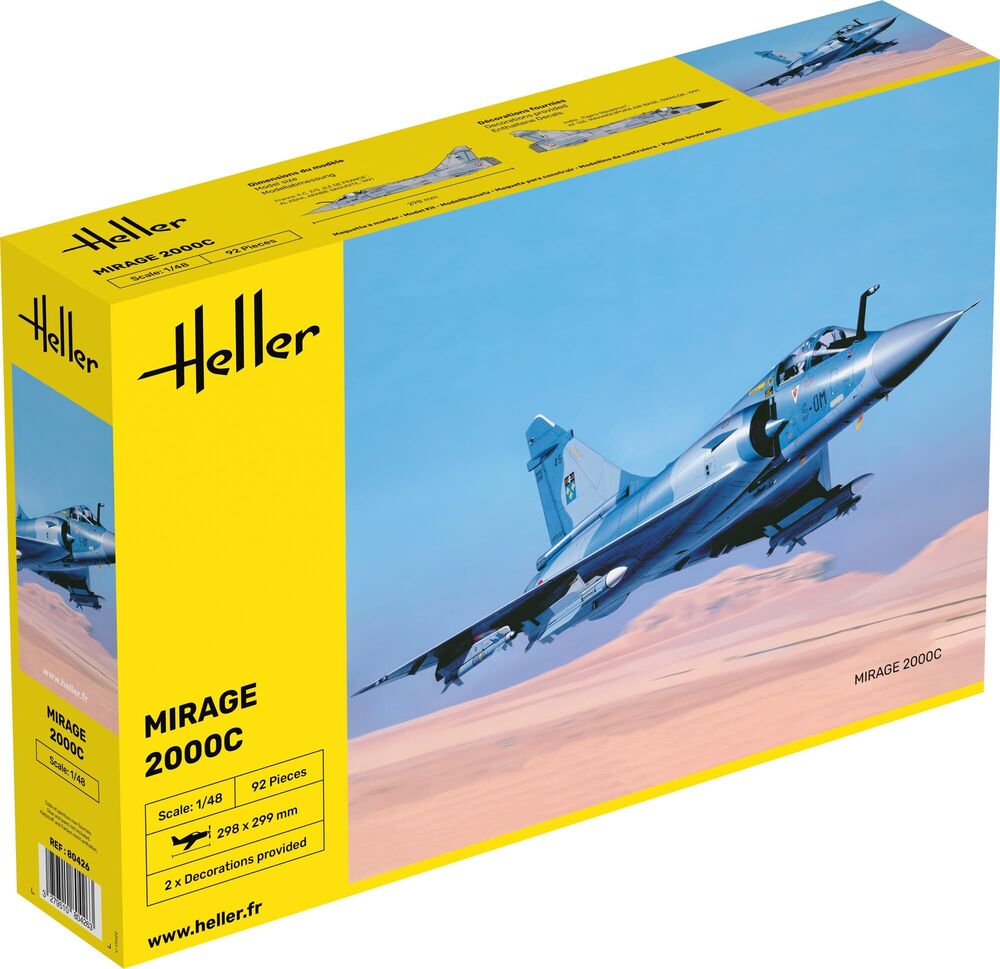 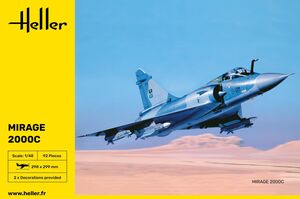 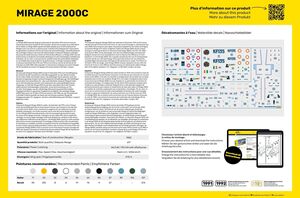 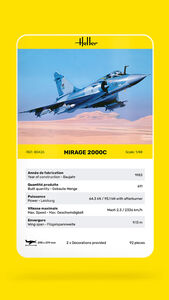 The Dassault-Breguet Mirage 2000 was selected in December 1975 as the future combat aircraft for the French Air Force, to see service through to, and beyond, the year 2000. Returning the pure delta-wing layout adopted for the earlier and highly successful Mirage III/V series of fighters makes the Mirage 2000 almost unique amongst current generations of advanced technology fighter aircraft. The delta-wing layout offers some advantages, but also has disadvantages and Dassault-Breguet carried out much development work to improve the efficiency of such planforms in the Mirage 2000, this is greatly assisted by the use of computerized controls and fly-by-wire technology which give full control over any inherently unstable flight characteristics throughout the performance range. First flown on 10 March 1978, the single-seat Mirage 2000C entered squadron service with the French Air Force in July 1984 to start the process of replacing the elderly Mirage IIIEs of the fighter squadron 1/2 „Cigognes“ at 102 Dijon-Longvic air base.