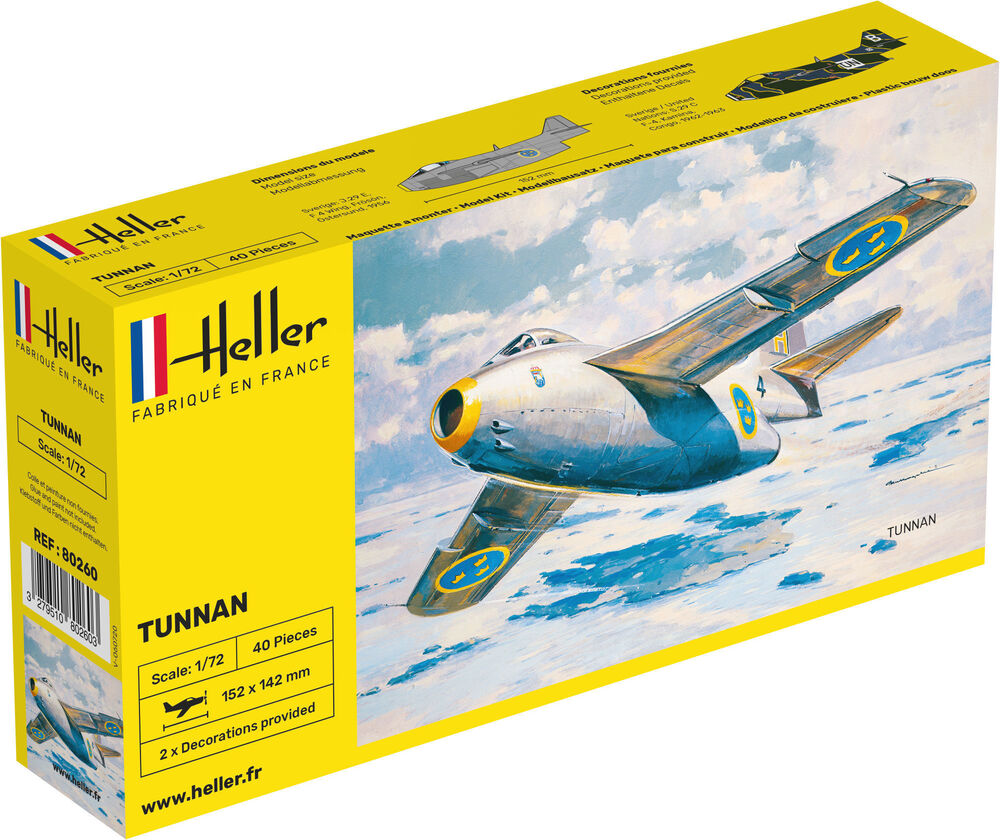 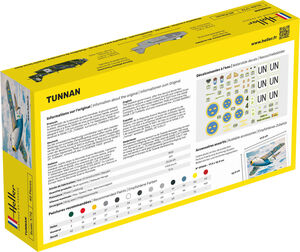 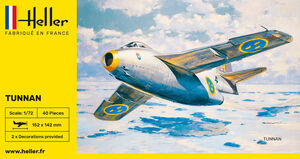 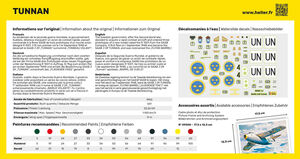 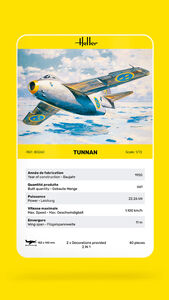 The Swedish government, after the Second World War, decided to acquire a rapid combat aircraft and ordered three prototypes of a new model called the R 1001 from the SAAB Company. It first flew on I September 1948 and became the SAAB J 29 TUNNAN, and was nicknamed the „FLYING BARREL“.